Port of Beirut: The Success Stories

After the civil war in Lebanon ended, several plans and investments were implemented and PoB underwent a major renovation of its latest infrastructure such as the new container terminal and reconstruction of several existing foundations to increase its production capacity which will increase its revenues and thereby increase the state revenues. Today, PoB has a total area of 1.2 million m2 and 4 basins, 16 quays, and a container terminal that is capable of handling 1.1 million TEUs per year.

The implementation of these projects were accompanied by the development of new port activities, such as the automation of PoB services and the logistics activity through the Free Zone, which contributed to the growth of manufacturing industries within the region. This has made Beirut the regional trading center for the distribution of goods.

Port of Beirut was announced as the winner of the Gold Prize for the Information Technology Award for the best Port IT solution worldwide in 2015. Port of Beirut has been worldwide recognized for the high quality of its Port Operations and Management Solution, which is a future-oriented solution for management of port authority, cargo, terminal operations, real estate, billing, and port community.

The UNCTAD Liner Shipping Connectivity Index is usually taken into account to better assess the performance of POB. In 2018, Lebanon ranked 38th out of 171 countries with a score of 47.17 points. Regionally, Lebanon ranks in the 6th position. This indicates that POB is among the best performing ports globally and in the region. 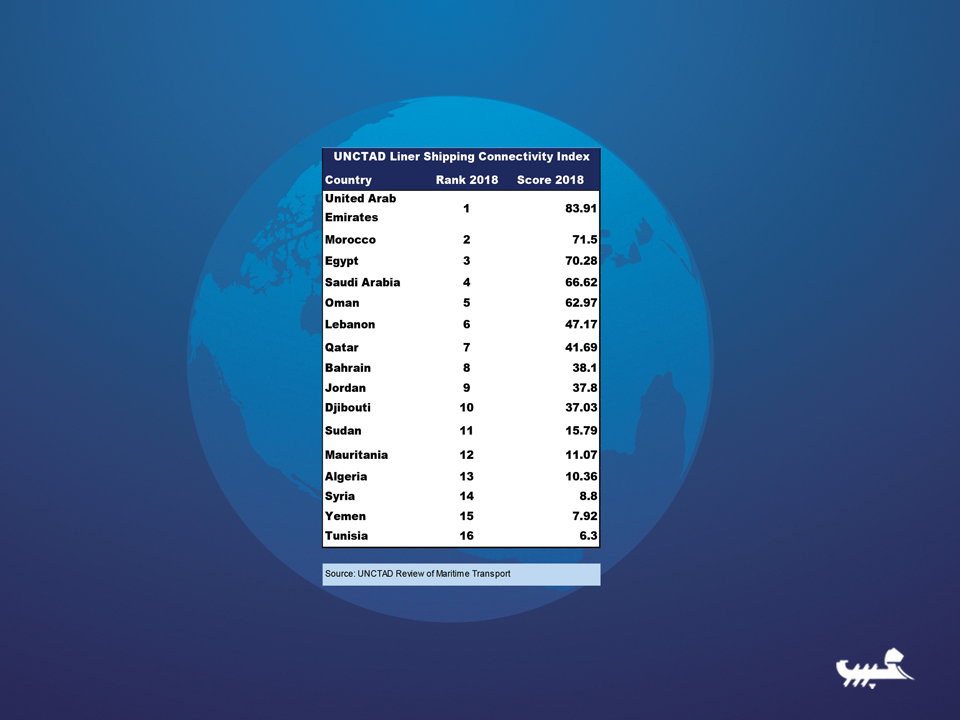 PoB has made significant achievements, the following chart shows the yearly trend of total revenues over the last 13-year period. The port revenue increased from $89 million in 2005 to $313 million in 2017 registering an annual increase of 11.1%. The increase in total revenues is higher than the increase in total merchandise tonnage, reflecting an improved revenue generating capacity owing amongst others to better diversification of revenues

Net profits were computed as operating profits less the yearly budget for capital expenditure allowance. Net profits increased steadily from USD14 million in 2005 to USD124 million in 2017, registering a CAGR of 19.7% over the 13-year period under study; the latter significantly higher than the CAGR in revenues for the same period. On the other hand, net profitability as a percentage of total revenues increased from 16% in 2005 to 40% in 2017. This corroborates the improved operating structure and efficiency in addition to the higher operating volume and improved revenue efficiency.

It is important to note here that the decline in net profits over the 2011-2013 period is not concerning as it is explained by the Port’s significant increase in capital expenditures. In the case of private companies, capital expenditures would usually be initially capitalized then depreciated over a period of time rather than expensed fully when incurred, which would smooth the trend in net profits.

Operating profits increased steadily from USD37 million in 2005 to USD186 million in 2017, registering a CAGR of 14.5% over the 13-year period under study; the latter higher than the CAGR in revenues for the same period. As a percentage of revenues, operating profits stood at 59% in 2017, up from 41% in 2005. This implies a significant improvement in operating efficiency simultaneously with the growing operations and revenue.

Average Profits versus Transfers to Treasury

It is important to note here that the average total transfers to the Lebanese treasury stood in line with the Port’s average total profits over the period under study.

The CAMA system implemented by the Port since 2008 allows for improved transparency and efficiency along with increased utilization and improved volume in general.

As a more indicative ratio of operating efficiency, the number of issued bills by the CAMA system per employee per day gradually increased from 3.35 in 2015 to 5.04 in 2018. 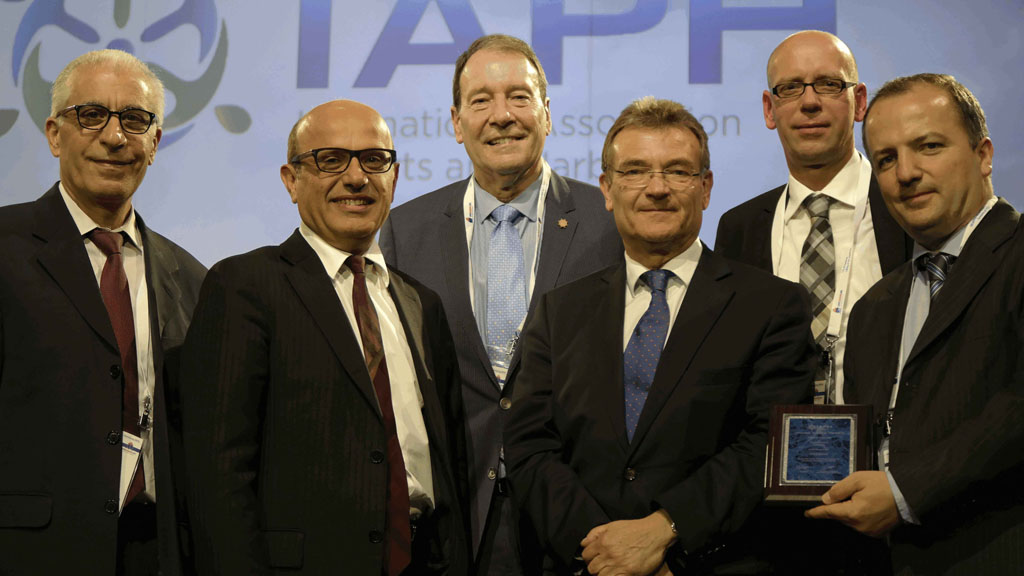 On June 5, 2015, The International Association of Ports and Harbors (IAPH) successfully concluded its 29th IAPH World Ports Conference in Hamburg, Germany with a remarkable closing ceremony. The 5-day conference was hosted by the Hamburg Port Authority (HPA) and held at the Congress Center Hamburg (CCH) between June 1 and June 5.

Headquartered in Tokyo, Japan, the IAPH is the global alliance of the world port community and represents more than 200 ports from 90 nations worldwide. With over 1,000 guests from all over the world, it is the most important global conference of the maritime industry. The delegates attended the week-long conference in Hamburg and debated the importance of sustainability in the maritime industry and the challenges associated with globalization and climate change. The conference focused on the smart-Ports concepts – intelligent port management solutions. 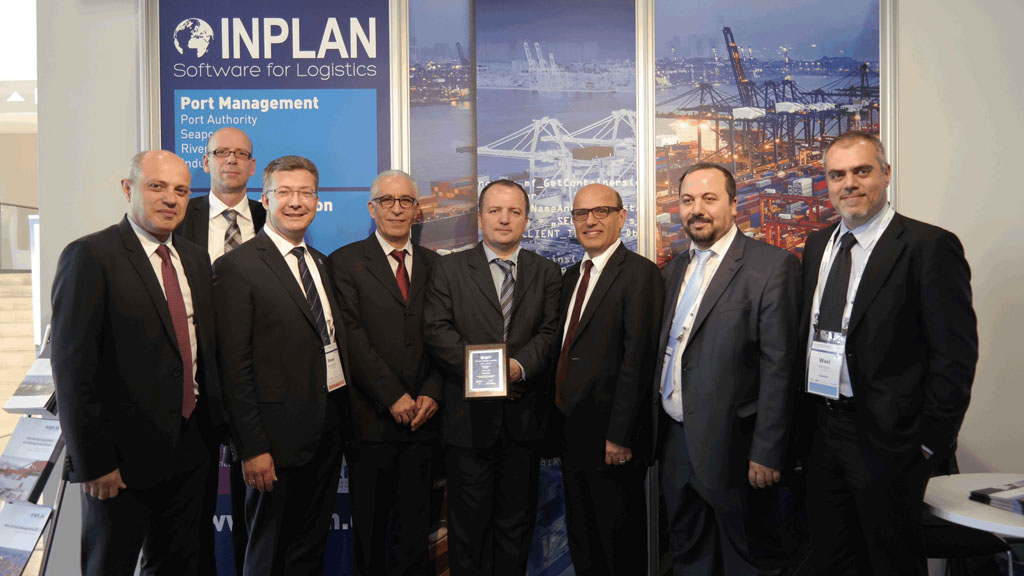 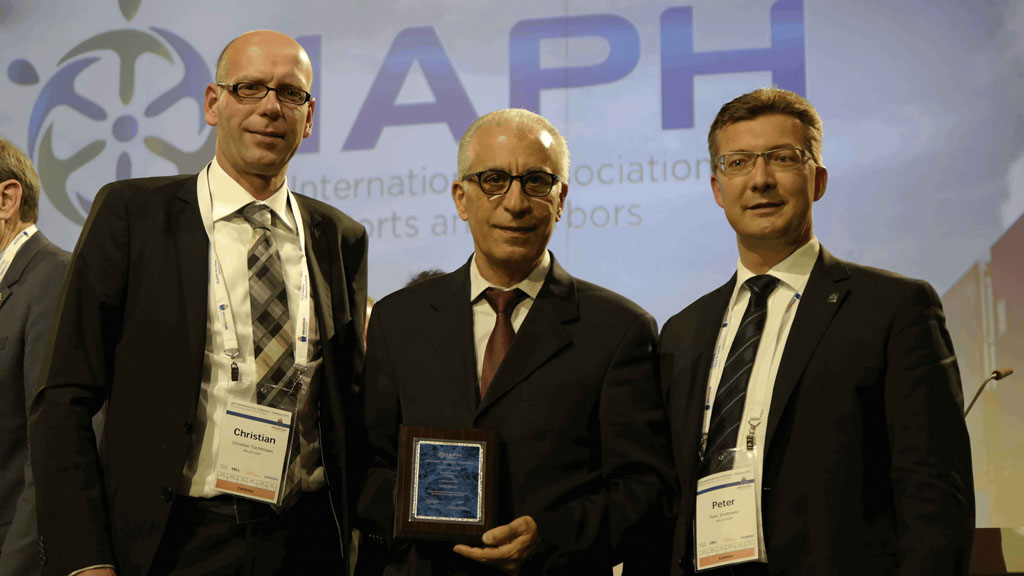 This premier international event of the global port industry is held every two years. Through its biennial award program, the IAPH recognizes and honors excellence in port management and operations. The 2015 Award program comprised the Port Communications Award, Port Environment Award, and the Information Technology (IT) Award. The Information Technology (IT) Award seeks and recognizes a success story of utilizing IT applications in port management and operations that has been planned and implemented in the past two years, focusing on the benefits innovative port IT projects bring to ports, their customers and the entire logistics chain.

In preparation for this year’s conference, Port of Beirut compiled together with its long-term Germany-based software supplier INPLAN GmbH a successful entry for the IAPH IT award 2015. In the past years, INPLAN implemented its Port Operations and Management Systems at Port of Beirut and runs the future-oriented solution for management of port authority, cargo, terminal operations, real estate, billing, and port community. POB consequently develops the port’s IT and software systems stepwise along with its strategy and worldwide leading standards. 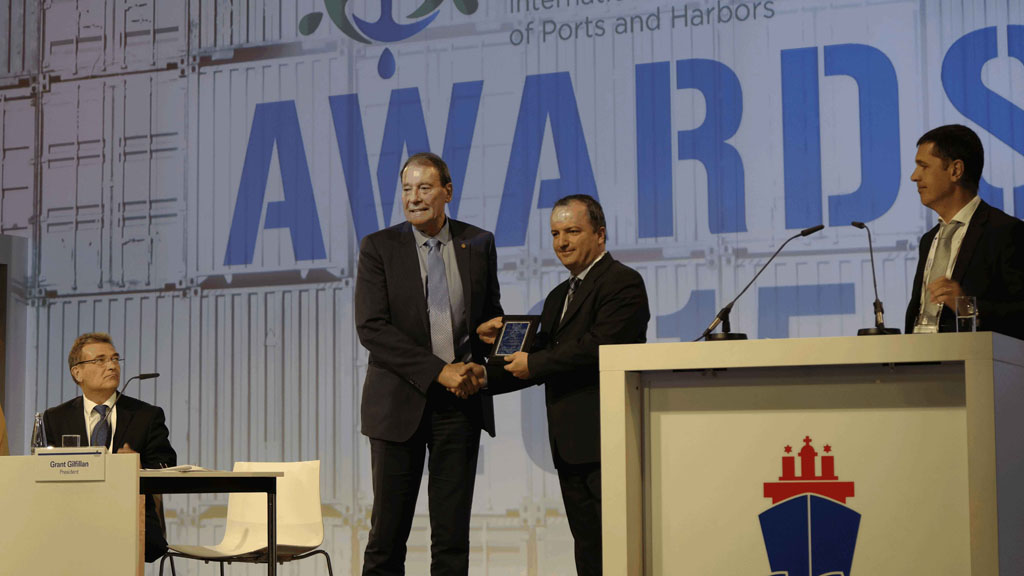 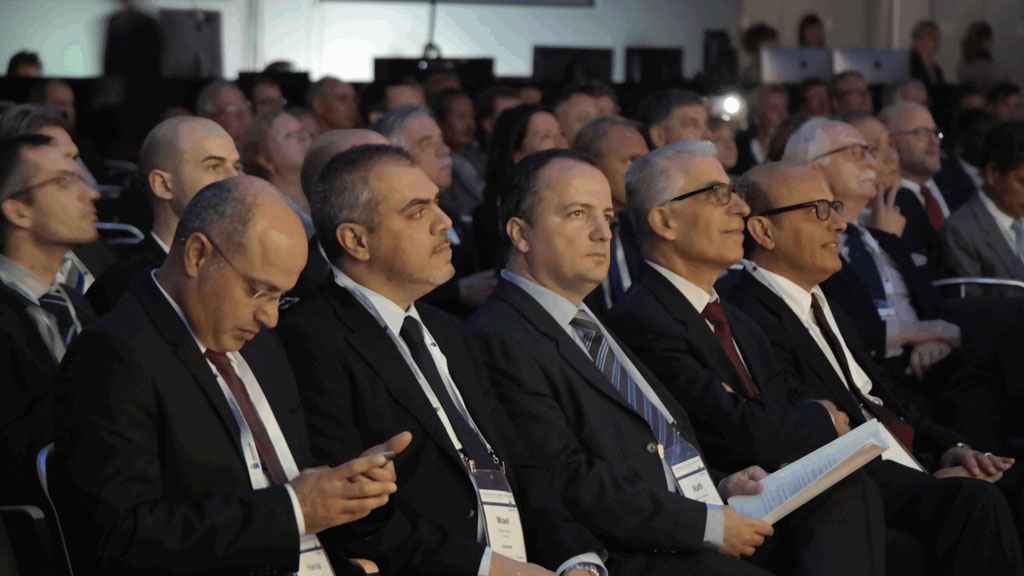 By reaching the deadline for submitting the entries for the IAPH Awards on December 31, 2014, over 20 entries for the IT Award were submitted from all over the world, and the entries were evaluated by a panel of judges headed by the Chair of IAPH Trade Facilitation and Port Community System. 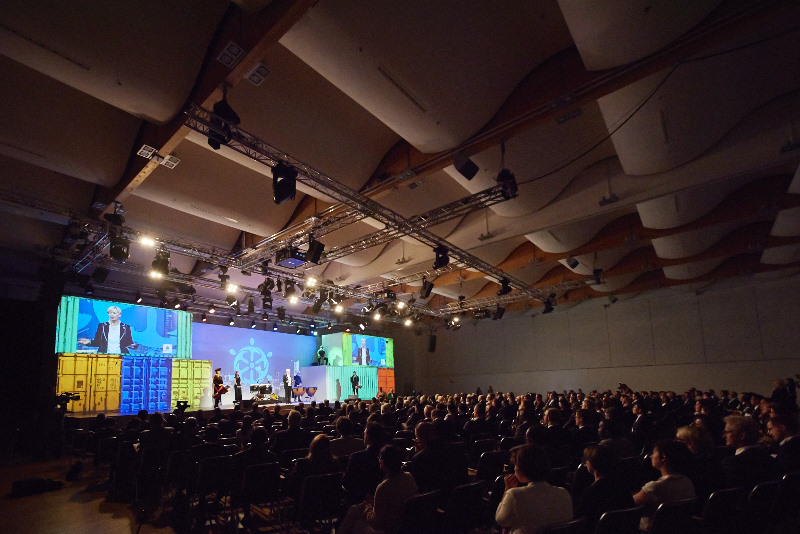 Part of the IAPH Conference venue

On June 4, 2015, the award presentation was made at the plenary session of the 29th IAPH World Ports Conference in Hamburg, Germany. Port of Beirut was announced as the winner of the Gold Prize for the Information Technology Award for the best Port IT solution worldwide. Port of Beirut has been worldwide recognized for the high quality of its Port Operations and Management Solution. This prize is considered as confirmation of our strategy geared to improving value creating processes at our port. We also thank INPLAN GmbH, our Germany-based partner company for port management software solutions, for its excellent expertise and committed support.